Tva in Swedish translates to "two". Slö + Tva then means...well, you get it.

Add a lower octave to your reverb trail. Create deep and wide atmospheric sounds and channel nightmarish soundscapes. X knob sets the level of a -1 octave signal that feeds the reverb.

Auto-swell reverb for beautiful cinematic swells. Don’t rush it. Let it breathe and gently wake up. X knob sets the amount of time it takes the reverb to swell in after a note is played. Set lower for shorter rise times and higher for longer rise times.

Lush reverb with a latching pad function. Press the sustain switch to latch signal. Experiment with the X knob to add vibrato over the pad. Press sustain again and pad will decrescendo according to where decay knob is set. X knob sets the depth of vibrato applied to the reverb trail. Thank you for submitting a review!

Your input is very much appreciated. Share it with your friends so they can enjoy it too!

The Slotva is an amazing pedal with an amazing array of possible sounds. Excellent for ambient sound colors! I would definitely buy again.

Hey Eric, You should buy more. Pass them out for Halloween this year? Just a thought...thanks for the review. - Walrus Audio

The last pedal in my chain...

...of trying to find a reverb I could create with. And there are so many options. When I plugged it in, before I even looked at the manual, I dialed in the dark and wrote a riff right away. Then I found the sustain button and droned myself into a trance. You can save your settings but the presets are even dialed into pretty cool sounds out of the box. Something connects our ears to our hearts and the sounds we make and hear awakens our creativity, that's what these things are for, so get one.

Hey Hoyt, Drone away my friend. We are glad the Slotva is feeding your creativity! Thank you for the review. - Walrus Audio

I’ve been thinking about getting a Slo for several months, finally pulled the trigger on the Slötvå. Really glad I did! It’s easy to dial in the lush, ambient sounds I got it for, but you can dial things back for a little more traditional reverb sound. Highly recommend!

Hey Christopher, We are happy to hear the Slotva is working for you! Thank you for the review. - Walrus Audio 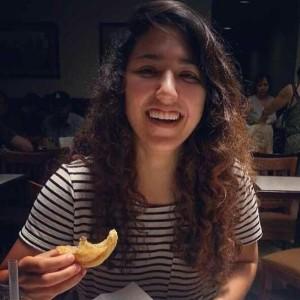 When I heard about the Topa Topa + Walrus Audio collab, I had to get this pedal. I was already working with my Boss Reverb pedal and that was sufficient for me --- or so I thought. The Slotva pedal has not disappointed since I got it. It's dreamy, lush, and magical. I spend a lot of time looping sounds to test out song ideas and I've really enjoyed using the Dark Mode for a bassy sound, Dream mode for adding big swelly pad sounds, and finally a bit of Rise Mode to get some lead lines in. I'd probably be comfortable with a pedal board made out of a loop, tuner, & the Slotva. I'll be enjoying this pedal for ages to come!

Hey Sam, So glad to hear that the Slotva has given you plenty to play with! We appreciate the review. Enjoy! - Walrus Audio

What are you waiting for?

If you’ve made it this far, you should’ve already bought this pedal. It is better than advertised, and the sound possibilities that the Slötvå can pull off are incredible. I kept a close eye on the Slö, but the presets option did it for me, as now I can add this to my board without worrying about having to tweak a knob between tunes. I play guitar in one band and bass in another, the it sounds outstanding with both. Just do it. You know you want to. So what are you waiting for?

A thing of beauty. Love it! - Walrus Audio